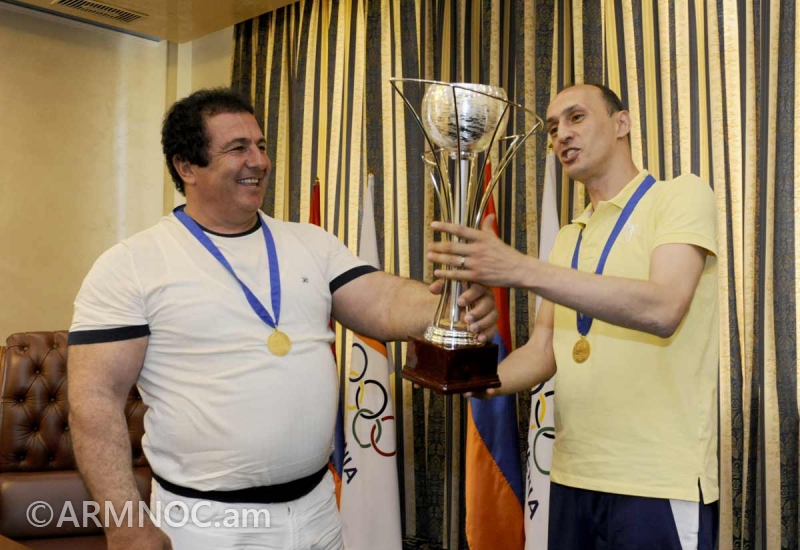 The president of the National Olympic Committee of Armenia, Gagik Tsarukyan, hosted the champion of the European Championship Division C, Armenia U18 women’s basketball team, its coaching staff and the leadership of the Armenian Basketball Federation. Welcoming the guests and the present, the ANOC President said, “I cordially congratulate you on the successful performances. You managed to introduce our country with honor as it did the Armenia men’s national basketball team. Armenia was talking for days about this victory, as for me, I was indescribably happy. Of course, the federation president, Hrachya Rostomyan, has made a major contribution to this work with his devoted work and as we see it gives the desired result. I stand by you in your every initiative. Let the success and the victory always accompany you. God bless you.” The members of the Armenia U18 team and the team’s head coach, Vahagn Harutyunyan, gave the symbolic medal and the ball with the players’ signatures to the ANOC president. The championship cup was traditionally given to the museum of Olympavan.