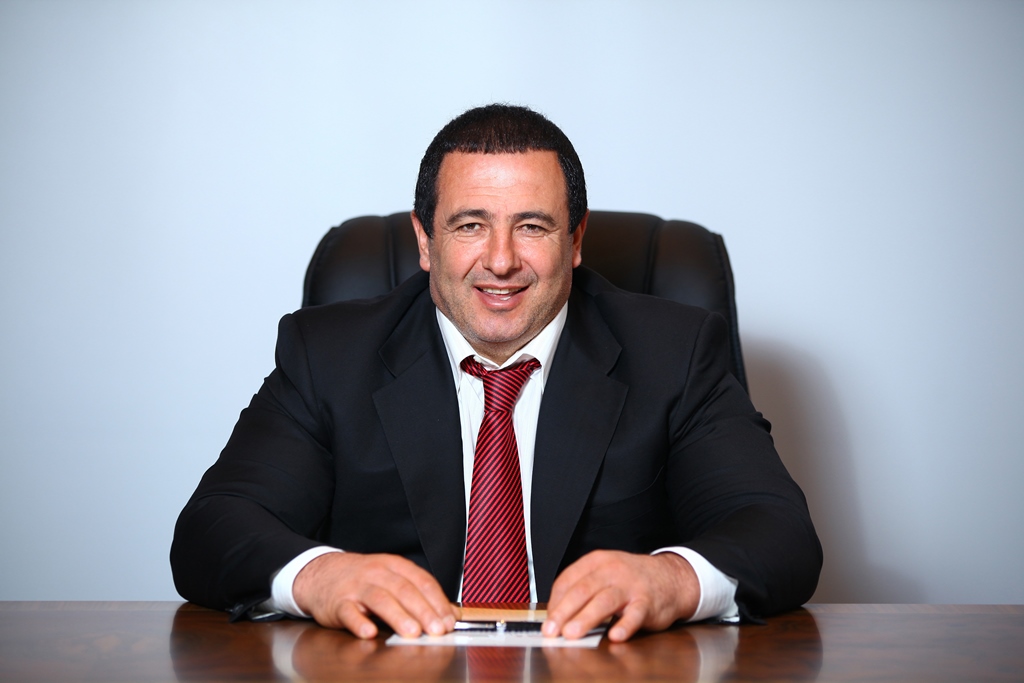 In 1989 he graduated from the Armenian State Institute of Physical Culture. He succeeded much in sport. In 1996 he was declared the world arm-wrestling champion and in 1998 he became the winner of the European championship.

Since 2004 Gagik Tsarukyan has been the leader of the National Olympic Committee of Armenia.  Armenian athletes have recorded excellent results at world and European championships in recent years under his leadership. At the Beijing 2008 Olympic Games our athletes won 6 medals.
From 1990 to 2000 Gagik Tsarukyan was engaged in business becoming one of the famous figures of this sphere in Armenia. From 1990 to 1992 he was the Executive Director of “Armenia” company.
In 1995 Gagik Tsarukyan founded “Multi Group” concern which is comprised of over 40 enterprises and involves more than 20.000 employees.

Since 2002 Gagik Tsarukyan was engaged in politics and in 2003 was elected Deputy of the National Assembly of the Republic of Armenia by majority system. Already in 2004 he founded the ‘Prosperous Armenia’ Party. In 2007, for the first time taking part in the  Parliamentary elections, ‘Prosperous Armenia’ formed the second largest faction in the RA NA.

In 2017, ‘Prosperous Armenia’ Party, being a key political force of Tsarukyan’s Alliance, has taken part in the Parliamentary elections, receiving 430,000 votes of our compatriots, with 31 members in the Parliament.

Gagik Tsarukyan is also known by his large-scale charitable programs. Since 2000 there has been “Gagik Tsarukyan” charitable foundation. During these years the main directions of the foundation have been church construction, support to educational institutions and encouragement of youth initiatives, assistance to socially vulnerable groups, sponsorship of Panamanian programs, implementation of community development programs, giving honour to famous people of art, science, culture, sports and support to the spheres of sport and physical culture.
Gagik Tsarukyan is married and has 6 children.